Something to Chew On

Something to Chew On 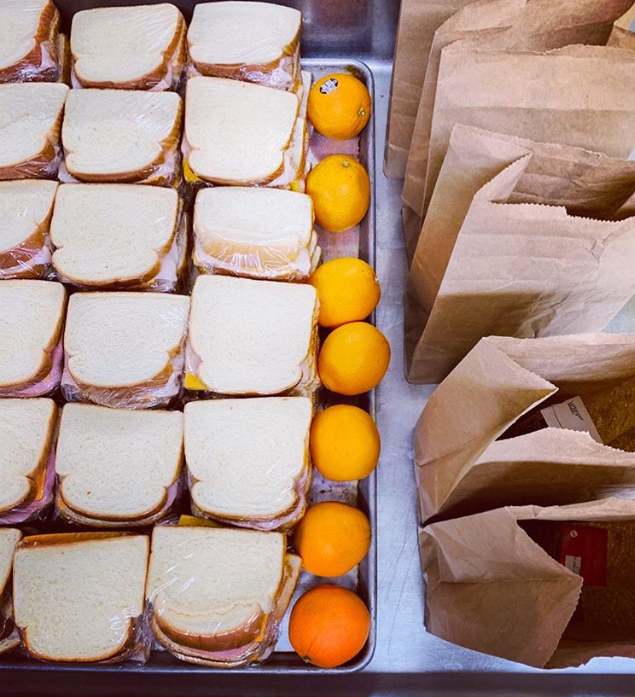 In June 2020, Devour was able to open up the Devour kitchen for an unexpected task: making lunches for Calgary’s school children.

We were just one of many groups who were trying to ensure that children in need still received their daily lunch after the schools closed in mid-March. It was a win-win scenario. People were able to eat and some of Devour’s part-time staff were able to continue working in our kitchen, thanks to community grants secured by Julie Van Rosendaal that paid the team who assembled the lunches. This program would not have been possible without the amazing Go Fund Me campaign started by the Bowness Food Network. This fund paid for all of the Bowness lunches – 1000 a week! Brown Bagging for Calgary Kids provided the funding for all other lunches that were distributed to 8 other sites across Calgary (approximately 600 a week).

The lunch program has been an amazing experience for the Devour team and the collaboration and coming together of many groups enabled Devour to be a conduit to distribute not only lunches and snacks, but all these other items too. This list is not exhaustive – there were so many donations of food from so many.

It may come as a bit of a surprise that more than 5,000 kids in Calgary were being given lunches at school by various organizations and nonprofits during the regular school year.. Opening our kitchen as an assembly line for the sandwiches not only got our idle hands busy, it gave us the opportunity to meet some spectacular people who volunteer their time to their communities.

Starting at the beginning of June and through to the end of August, the Devour team made 20,873 sandwiches, enough to serve a sandwich to every one of the 19,283 seats in the Saddledome and still have almost 1,600 left over. We deeply enjoyed using our energy and skills to help others and are very grateful to have received some support in return.

Unique times create unique opportunities and this project has definitely shown how good things can be created when everyone works together. Keep loving and feeding people.

Wondering what it looks like to assemble 200+ sandwiches? Watch Devour team members as they whip through the task. Fantastic time-lapse video taken by Dana from Digital Shoebox.